We get it, the period of the 2000s seems like yesterday. However, just like time, innovative technology moves at a fast pace. Do you remember the times when Tinder, Uber and Instagram weren’t around?

Yeah, it’s kind of blurred for us too.

Let us refresh your memory, in those days it wasn’t the norm for people to speak to their gadgets and even Tesla was just a faint idea!

In this era, scientists were working hard to know more about Pluto! As at this time, it was still a faint, blurry orb.

From here onwards, this next decade is set for a rapid expansion of the technology we use. In fact, it looks like it’s going to be the fastest decade yet.

To keep you ahead of the game, we’ve selected some of the top tech trends for you to watch out for.

We already have Siri, Alexa, Google Voice and more that are synced to our voice and do whatever we ask based on our commands. This is not going to stop any time soon, except we’ll probably use even more voice based devices.

However, it’s predicted, the next part of their development is that they will understand and respond to our natural language. Otherwise, known as what we call conversation between one another.

Google started this process back in 2018; this was an extension for its assistance app known as Duplex. This app focuses on more complex types of artificial intelligence to decipher natural language and its usage. The purpose of this feature is so you can easily do daily errands like booking doctors appointments, restaurant tables, hair appointments and checking opening hours.

Most of the time if online bookings can’t be made, then Duplex would take over and call the restaurant to make a booking. It’s been rumoured that when people have talked to the Duplex system, they didn’t realise it was automation. 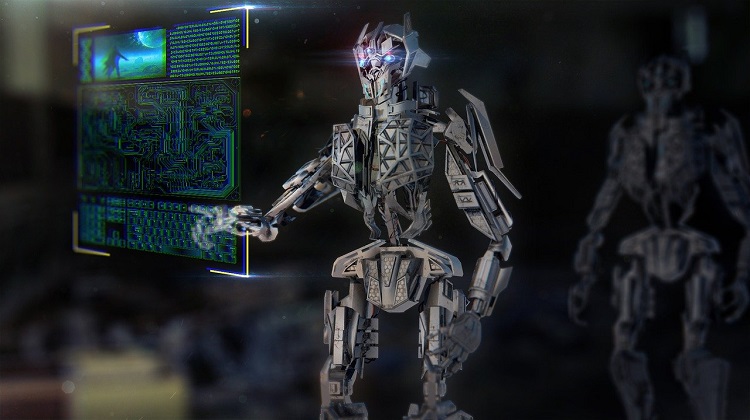 We will be able to access the internet almost anywhere

If Elon Musk has his way with his Star Link satellites and the rise of 5G, we will most likely soon find the internet everywhere! It’s rumoured that apparently, Space X is prepared to launch 12,000 satellites for Star Link and even more satellites are rumoured to be released in the years ahead. It’s predicted that these types of networks will fuel driverless cars, peer to peer virtual reality and drone air traffic control.

Cloud robotics will be on the increase

Previously, robots have only served certain purposes in factories and in warehouses, where they were given instructions to carry certain things or rooted in one place. On the contrary, cloud robotics is quite different and new to the world.

This type of robotics involves the machines having somewhat of a brain and their information stored encrypted online in the cloud. It’s believed that these type of robots will be more mobile and not just situated in one place or role, we will likely see them appearing more in our homes.

Ironically, Google and Amazon Cloud already have robots that are growing and learning. Ultimately, the goal behind cloud robotics is to have robots which can hear, see and understand natural language and the world around them.

Tech giants in Silicon Valley are hoping to play their part and slow down the climate crisis by going carbon negative. As opposed to just reducing carbon emissions, we can play our part to eliminate them fully out of the atmosphere.

One of the big giants to first make this announcement was Microsoft this year who mentioned their plans for going carbon negative by 2030. Showing their commitment, Microsoft mentioned that by 2050 they plan to extract all the carbon out of the atmosphere they’ve emitted since 1975.

Our brains may be able to control computers

Brain machine interfaces (BMI’s) are devices that are implanted into your brain and unlock specific neural signals, which helps control a computer by your thoughts. At present, there are still a lot of electrodes which can cause damage to the brains tissue, which can corrode over time and stop working. Similarly, BMI’s are still yet to be fully implemented and trialled within humans.

However, they have been used by physiotherapists to help people who have undergone spinal injuries. It’s known as an exoskeleton and helps people stand and move with the device.

Your emotions will be tracked by machines

Your feelings can be detected by emotional artificial intelligence. This type of technology is already being implemented by well-known marketing firms to gain insight into their job candidates. Typically, this type of technology looks at facial expressions and then the machine learning guesses what emotions are being portrayed.

A Smartphone could help diagnose you

While there still are a lot of benefits to seeing a physical doctor, there may be a way to save you time from seeing one and freeing up their time too. There is constant research coming out looking at how smartphones can diagnose and treat patients.

There are apps which can look and monitor your behaviour and your health patterns. In particular, one app Mindstrong views how you swipe and scroll your mobile; it can diagnose depression.

Our clients have given us a 0 success rating on the helpdesk support we have provided them this past week.